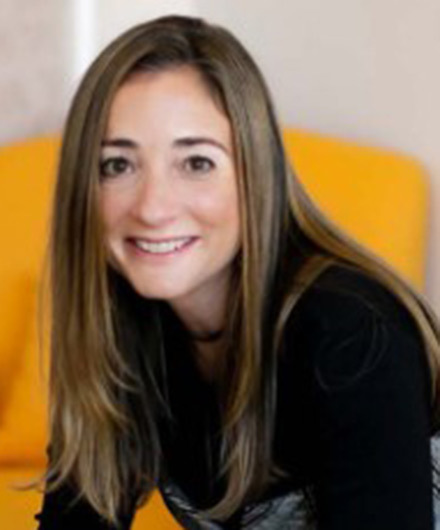 Founding Partner, Have Her Back Consulting

Caroline is a founding partner of Have Her Back Consulting, a female-owned business backed by IPG. She works with brave companies to tackle equity for all - differently and authentically. Moving companies from good intentions to intentional actions, she leverages her creative craft to solve workplace and culture inequities in unique ways that inspire and deliver impact. She spent her 25-year career as a creative leader, most recently as Chief Creative Officer at Golin where she delivered award-winning creative campaigns - from Cannes Lions to PR Week to Clios for McDonald’s, Clif Bar, Unilever among others. Prior to that she served as a creative leader at Edelman. She was inducted into PR Week’s Hall of Femme in 2019 and in June of 2020 she gave a thought-provoking TEDx Talk “During Times of Crisis, Does America Have Her Back?”

Prior to the launch of Have Her Back Consulting, she was the creator of the Have Her Back mission, which launched in 2018 as a progressive stance – and call out to the marketing industry – to welcome female creatives back and propel all women’s careers forward with tangible actions toward shared empowerment. The Have Her Back mission received honors from the Holmes Sabres, Campaign Power of Purpose Awards and IPG’s Inclusion Awards. In 2018, she was honored by the 3% Conference with the Three Cheers Award for advancing diversity and was also recognized as an inaugural Female Frontier Award recipient as a Champion of Change by Campaign US. As founding partner of Have Her Back Consulting, she was most recently honored as a Top 25 Innovator by the Holmes Report.

Caroline is the mother of three teenage boys and she feels a particular responsibility to raise good men. Contrary to popular belief, her career thrived as a creative when she became a parent and she believes her parenting is stronger because of her career as a creative and vice versa. While she wouldn’t trade being surrounded by her sons and husband for the world, she did just bring more equity into her family with the addition of a beloved female Alaskan Malamute named Billie.