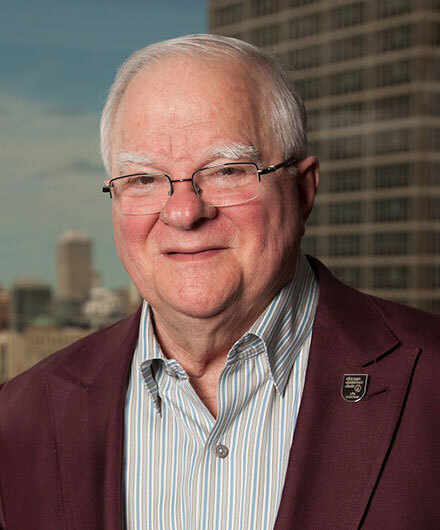 Jim was born and raised in Youngstown, Ohio. He graduated from Miami University in Oxford, Ohio with a Bachelor of Science degree in Accounting. He has been a stockbroker for over 45 years and presently is a Senior Vice President and Financial Consultant with the Royal Bank of Canada Wealth Management team. He has been a vital supporter of Chicago Children’s Choir since joining the board in 2004. He and his wife Ginger also support the Boys and Girls Club, Civic and Arts Foundation of the Union League of Chicago as a Life Trustee and the Lincoln Park Conservancy.

He has three children and four grandchildren and enjoys the theater, bridge, and creating ideas for the institutions with which he is involved.