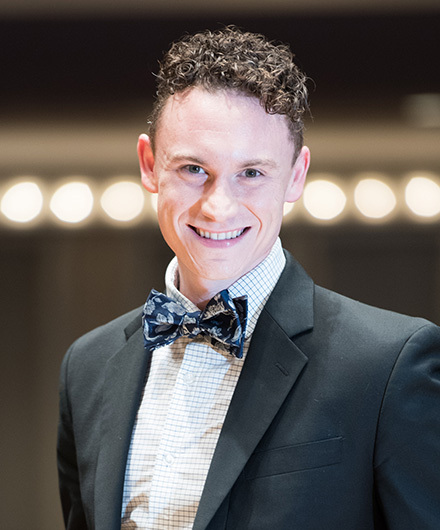 Evan believes that music is a powerful means for all people to reach across cultural, social, and racial barriers. He is devoted to helping singers find in music a powerful force for peace and unity. He considers himself a lifelong learner and is passionate about maintaining a familiarity with new trends, research and quality repertoire. Recently, Evan has worked closely with Ingenuity, Inc. in Chicago to present new research findings on Social Emotional Learning and the Arts; he has presented with Ingenuity at the Kennedy Center for the Arts and at the Grant Funders for Education conference. Evan was also a contributing author for the book “Winding It Back: Teaching to Individual Differences in Music Classroom and Ensemble Settings.”

Mr. Bruno holds a Master of Arts in Teaching and a Bachelor of Music with a concentration in choral music education from Christopher Newport University in Newport News, VA. He also holds Level III Kodály Certification from Midwestern State University.