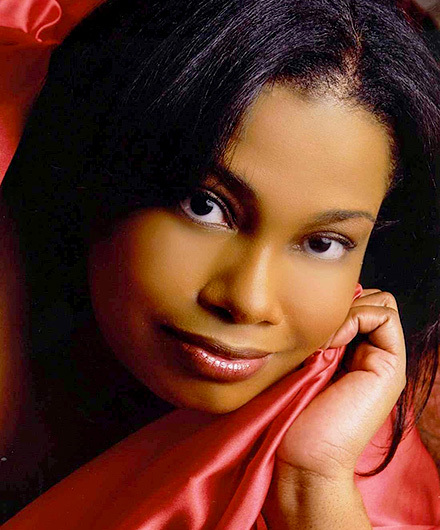 Jonita Lattimore (CCC alumna), Soprano, has received critical acclaim for her portrayals of operatic roles, symphonic concerts and recital appearances. Some of her highlights include the roles of Micaela form the opera Carmen, Marguerite from Faust, the world premiere of the role of Elizabeth Taylor in the opera Jackie O, as well as the world premiere and recording of Ricky Ian Gordon’s Only Heaven. She has made recital appearances, oratorio performances and conducted Masterclasses with major orchestras, universities and venues across the United States and abroad. Ms. Lattimore has made critically acclaimed solo appearances at prestigious Chicago venues ranging from Symphony Center, Lyric Opera of Chicago, Ravinia Festival, Grant Park Music Festival and had the honor of appearing on the opening concert, and performing on numerous occasions, on both Pritzker Stage at Millennium Park, as well as the Harris Theatre. Solo performance highlights outside of Chicago include New York’s Carnegie Hall, Washington DC’s Kennedy Center, Vienna’s Musikverein, Paris’ Bastille Opera House, Mexico’s Palacio de Bellas Artes, Scotland’s Edinburgh Festival, and the birthplace of opera, Florence, Italy, invited by and performing under the baton of Maestro Bruno Bartoletti, Music Director Emeritus for Lyric Opera of Chicago, in orchestral concerts of arias and spirituals.

Ms. Lattimore has performed extensively across North America, Europe, the Middle East, Canada, Mexico and Central America, and has been a prominent soloist in projects, winning Emmys with the Eastman School of Music, her undergraduate alma mater, where she studied with the late esteemed tenor, Seth McCoy, and the Chicago Sinfonietta, with which she appears on several live recordings and television specials. She has been recognized by many distinguished organizations and won numerous awards from Opera Index, the MacAllister Awards, the George London Foundation, the Birgit Nilsson and Luciano Pavarotti International Competitions, in which the iconic tenor heard her audition, and personally advanced her to the finals of his competition.

Ms. Lattimore has been featured nationally and internationally on various television networks and radio broadcasts. Locally, she has been seen on ABC, NBC, CBS, WGN, WTTW and WYCC, and heard on WFMT and WVON. She was the highlighted artist on an episode of ARTBEAT, a show featuring arts programming, as well as the famed television program Chicago Tonight, on which she performed and was interviewed by Phil Ponce, both programs broadcasted on WTTW’s Channel 11. Several years ago, she was highlighted as a figure of black history by Rhymefest on WVON’s “I AM CHICAGO” series. Ms. Lattimore had the honor of collaborating with legendary soprano Kathleen Battle and the Administration from The Auditorium Theatre, in Ms. Battle’s debut performance in the production, Underground Railroad: A Spiritual Journey Concert. She served as the Choral Consultant for the Auditorium Theatre, forming The Chicago Freedom Singers, the ensemble that accompanied Ms. Battle in concert. She was further honored to sing with the trio, TREDIVA, as requested by Ms. Battle on that concert. TreDiva is a trio of classically trained, African-American sopranos, Anisha McFarland, Elizabeth Norman and Ms. Lattimore, all from the south side of Chicago, all educated by the Chicago Public Schools at some point in their education, who perform in a wide range of musical genres, from classical to contemporary, and many genres in between. Most recently, she served as the Vocal Consultant for the Auditorium Theatre’s production of GET OUT, the award-winning Jordan Peele film that was shown in the Auditoium Theatre and accompanied with live music by The Chicago Sinfonietta, 5 Soloists and conducted by composer of the film score, Michael Abels.

Ms. Lattimore began her musical training at the age of three, when she began studying piano with Ms. Angela Wright. Musically in her youth, she was active in several of the choirs at her church, St. Mark United Methodist, the choral and band programs of her grammar school, the University of Chicago Laboratory Schools, where she sang and played trumpet, as well as the Chicago Children Choir. Her post graduate training includes the prestigious young artists programs of the Houston Grand Opera and the Lyric Opera of Chicago. She earned her Master’s of Music degree in Voice Performance with a 5.0 GPA from the University of Illinois at Urbana-Champaign, where she studied with the opera diva, mezzo soprano Mignon Dunn.

This proud Bronco alumna of Kenwood Academy’s graduating class of 1987 was also musically active in high school. Besides being on the honor roll throughout her tenue and graduating with honors, she was briefly on the volleyball team for about 1 week her freshman year. When the infamous music teacher, Lena McLin discovered Ms. Lattimore was on the volleyball team, she promptly removed her from the team, and filled her life with being a vocal major, full of rehearsals, performances, competitions, tours and recordings. Ms. Lattimore stayed active with performances in operas, musical theatre productions, reviews, receiving honor superior ratings in CPS’ vocal competitions, as well as performing and playing for Kenwood’s famous talent shows. Under Ms. McLin’s tutelage and guidance, she continued to develop musically, and eventually was voted Most Talented Female of Kenwood Academy’s class of 1987.

As an educator, Ms. Lattimore has taught on various levels from the preschool level at the Community School at DePaul University, to the grammar school level, at the Choir Academy, a charter school where she developed and implemented the vocal techniques curriculum, and presently teaches on the collegiate level where she is on the adjunct faculties of Chicago College of Performing Arts of Roosevelt University and Columbia College Chicago. She teaches healthy vocal technique spanning through the genres of classical, musical theatre, spirituals gospel, jazz, R&B, folk and pop. Some of her students have performed with prestigious young artists programs, opera companies and musical theatre productions, as well as collaborated with artists, ranging from Queen Latifah, Dolly Pardon, Jennifer Hudson, Janelle Monae, Smokie Norful and Sting.