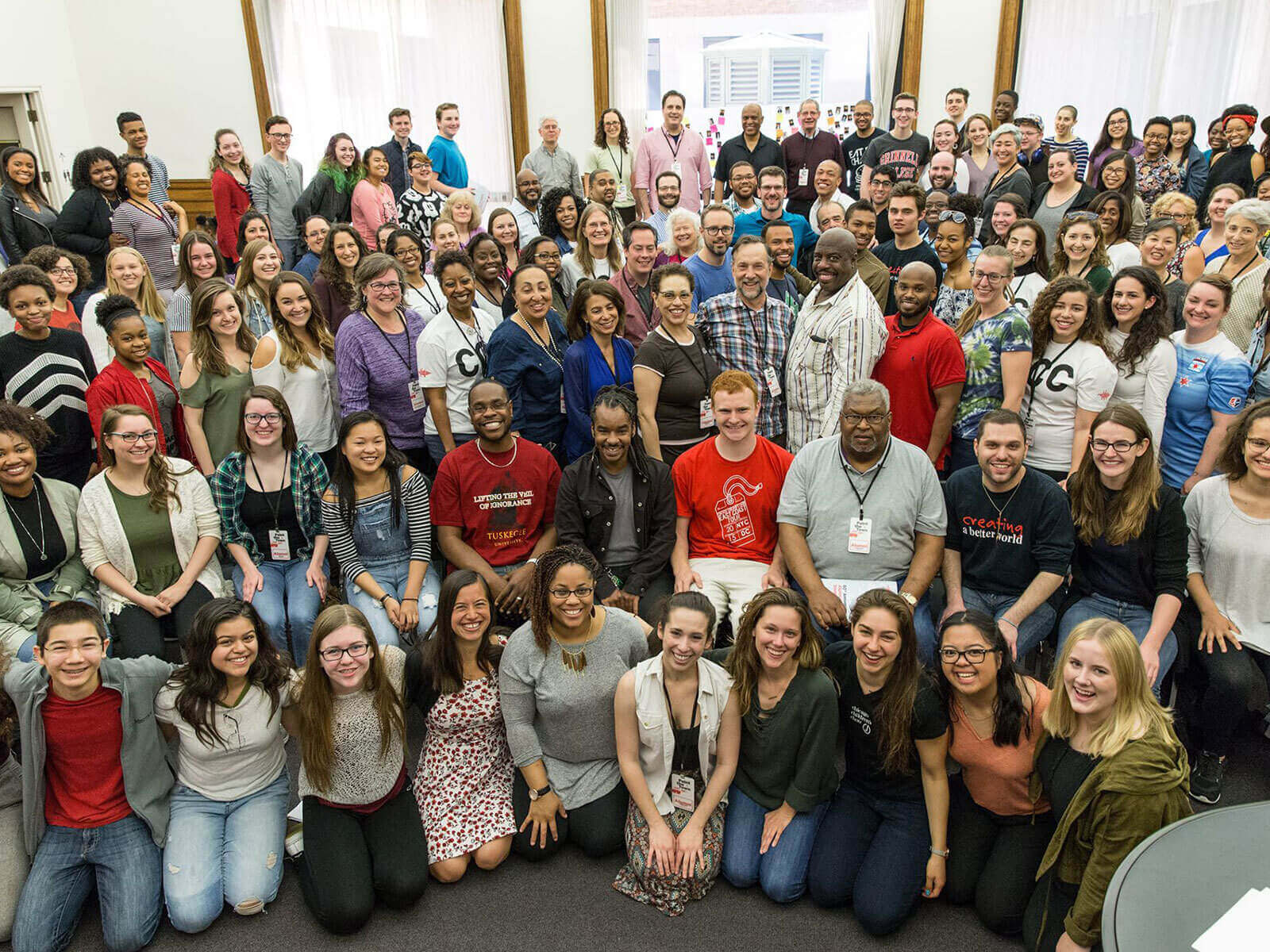 Chicago Children’s Choir’s mission has an impact that spans generations and includes a network of more than 50,000 alumni who continue to inspire and change lives.

Our alumni are global leaders who blaze trails in their industries with an emphasis on community, education and activism, representing excellence in every aspect of their work.

Our alumni network's international reach advances opportunities for all as they amplify new voices and ideas across many professional fields including science, government, education, business, entertainment, technology and more. These leaders continually engage with and support CCC through stewardship, volunteering, performing and connecting with current singers and audiences.

Alum Rashad Talley started his CCC journey in Murray Language Academy's school based program in 4th grade and later sang with the Concert choir and Madrigal ensemble from 1989 to 1994. He looks back on his time with the choir dearly and loved taking walks from school to rehearsals with his friends. Rashad and his wife Raven Patterson-Talley are now both principals on Chicago’s South Side. The pair grew up in Chicago and have generational connections to their new schools — they say their new positions feel like fate.

To Rashad & Raven, their roles within Chicago Public Schools “feel like an extension of their family and commitment to each other” (Inside CPS). Their 3 children are enrolled in CPS and this past year both of them have taken on principalships. Raven is the principal of Emmett Till Fine and Performing Arts School, while Rashad has recently started as the new principal of Wendell Phillips Academy High School, where his great-grandmother was one of the early graduates.

Rashad views his role as principal like leading an orchestra– his motto for the upcoming year is “Let’s Make Music,” highlighting how “everyone has a part to play in the school’s success, just as the individual sounds in an orchestra come together to make the whole greater than the sum of its parts" (Inside CPS). Daniella Hope Pruitt was in the Choir for 10 years from 2004-2014. She started in the school program in third grade and went on to join the Hyde Park Neighborhood Choir for two years under the direction of Mollie Stone. From 2008-2014, Daniella was a part of what was then called Concert Choir (now Voice of Chicago) where she also participated in Show Choir (which is now Encore and Groove). During her time with the Choir she collaborated with Sweet Honey and the Rock, Nicole Cabel, Andrea Bocelli, Richard Smallwood, Kurt Elling, Bobby McFerrin, Al Greene and others. After 2014, Daniella went on to study at Oberlin College and Conservatory where she became the first person to graduate with a BM in Jazz Voice from Oberlin Conservatory. This summer she will continue work on a project she is a part of entitled FORCE!: A Libretto in Three Acts, created and directed by Anna Martine Whitehead, where she embodies the role, “Rage of the World.”

Composer and CCC alum Ted Hearne is a composer, singer, bandleader, and recording artist who draws on a wide breadth of influences to create intense, personal, and multi-dimensional works. Hearne received two 2021 Grammy nominations for his new work, Place, in the categories of Best Chamber Music/Small Ensemble Performance (along with CCC President and Artistic Director Josephine Lee and alums Ayanna Woods, Sophia Byrd, and Isaiah Robinson) and Best Contemporary Classical Composition. Known for his exploration of music's full terrain, Hearne was a finalist for the 2018 Pulitzer Prize in Music for his recording of Sound from the Bench. Back in 2003 (when CCC still ran a Ben & Jerry's), Choir alums Janet and Devhan were just two kids ready to share their song with the world. But, in Choir you get close, and after just one rehearsal, sparks were flying. "I knew the second I saw him that I was gonna marry him" says Janet. At the time, both didn't go to the same high school so it was a unique experience to find the love of your life among extremely talented kids. As time went on and Devhan proposed, their song became, "You'll Be in My Heart." They mention that choir is a living testament to the values we uphold and the notion that music unites and heals.

Michael Selmanoff was a Choir member from 1957-1961. Michael has been a lifelong singer in church and synagogue choirs, high school and college choruses, auditioned at community choruses, and in folk rock and madrigal groups. Today, Michael is 72 years old and resides on the north side of Baltimore Maryland, where he sings second tenor in the Baltimore Choral Arts Society (BCAS) Full Chorus, under the direction of Anthony Blake Clark. Over the past 50 years, Michael has worked as a neuroscientists, and for the past 17 years he has worked as a Scientific Review Officer at the National Institute of Health with a focus in Behavioral Neuroendocrinology, Neuroimmunology, Rhythms and Sleep Study Section. Marc Miller, aka Marc Haze, was a Choir member from 1967-1972 and worked intermittently with CCC from 1974-1978. Back then, Marc worked as a bat boy for the Cubs and the White Sox. After leaving CCC, Marc managed restaurants and large nightclubs before finding his calling in the world of radio broadcasting. Marc has worked at stations in a number of markets from Texas, where he hosted the AM Drive, to Tampa Bay, where he hosted the midday show under the name Marc Haze. These days Marc also engineers sporting events for radio and can frequently be found in the southeastern states engineering football and basketball games. Marc works as a frequency coordinator for the NFLs Atlanta Falcons. His other clients include the Tampa Bay Rays and Tampa Bay Lightning. Marc and his wife currently reside in the Smoky Mountains of Western North Carolina.

Cory Cleggett is a systems engineer for Northwestern Memorial Hospital who says that helping others is “in my DNA.” His extensive volunteerism includes helping youth develop computer skills, coaching youth sports, providing mentorship, as well as supporting many organizations including Chicago Children's Choir. For his efforts in helping the homeless and other volunteerism, he was a recipient of the 2020 Humanitarian Award at Northwestern Medicine’s 41st Annual Humanitarian Awards Program service. The awards are presented to Northwestern employees and physicians who embody Dr. Martin Luther King Jr.'s humanitarianism. Family is first and nothing brightens Cory's day more than waking up and hearing his sons call for him, or his morning talks with his wife. 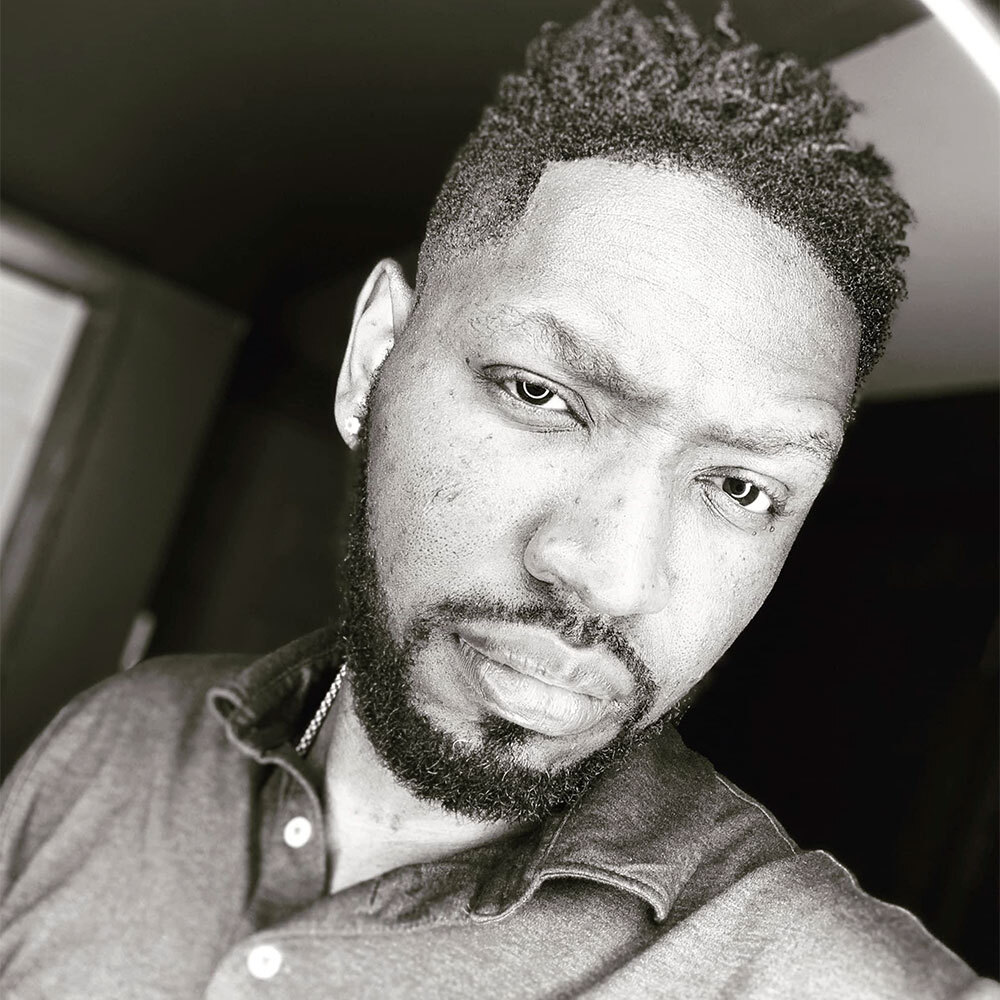 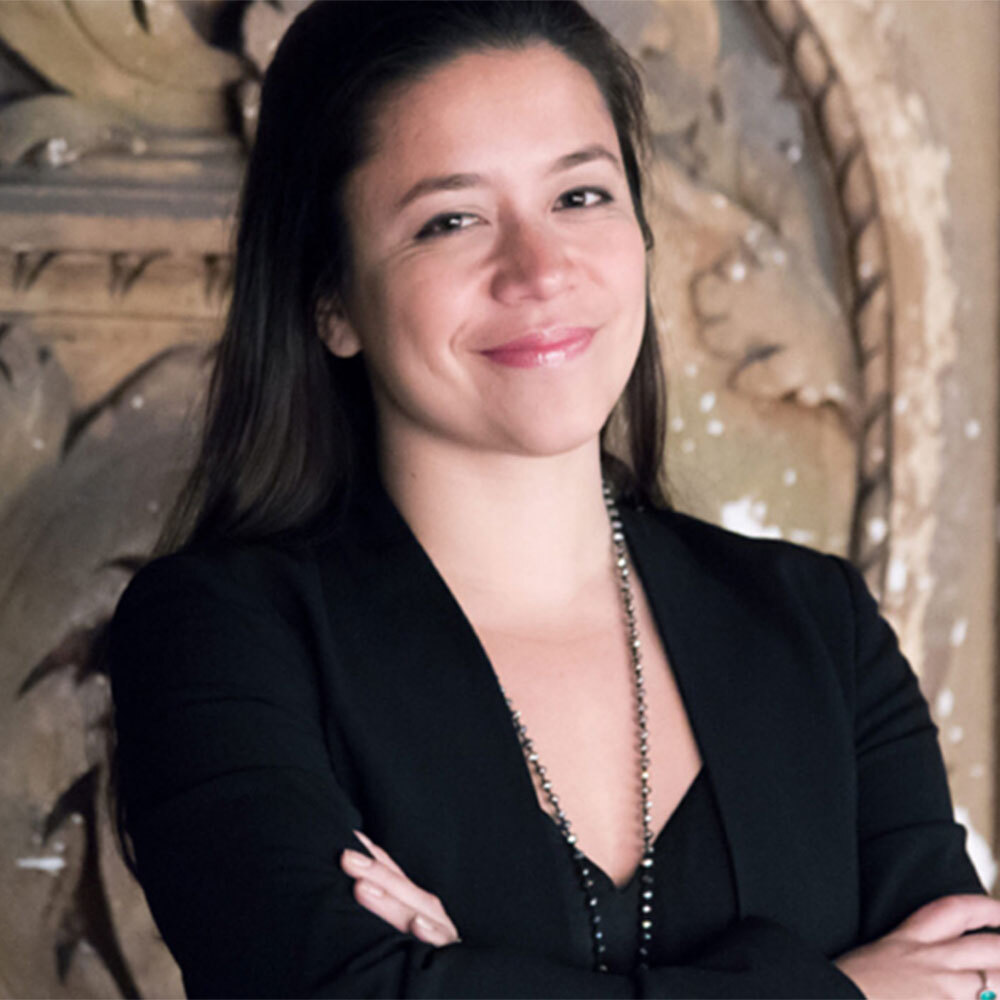 Elle Ramel is an economic and community development professional with a focus in business growth, land-use, and city innovation. She is founder of City Open Workshop—a pro-bono planning and design service group for Chicago communities—and the Chicago Director of GET (Gender Equality in Tech) Cities. GET Cities is an initiative designed to accelerate the representation and leadership of women in tech to meet the demands of the industry’s future. As Chicago Director, Elle helps to build and connect the tech community, to create new pathways into tech, and to work with academia to accelerate the pipeline of female talent. Elle is a graduate of Yale University and received her Master’s in Urban Planning from Cambridge University. She is a member of CCC’s Ambassadors Board.

Joe Kern was born and raised on the South Side of Chicago where he first discovered CCC through the Beverly Neighborhood Choir. CCC helped connect him to different global communities and cultures at a young age and laid the foundation for his work with Habitat for Humanity through college and his service as a community health volunteer with United States Peace Corps (Zambia 2013-2015). He is currently a General Surgery Resident at the Hospital of the University of Pennsylvania with interests in global health and access to surgical care for lower-income communities. He continues to be engaged in diversity and inclusion efforts and strives to provide mentorship and guidance to high school, college, and medical students whenever he is able. 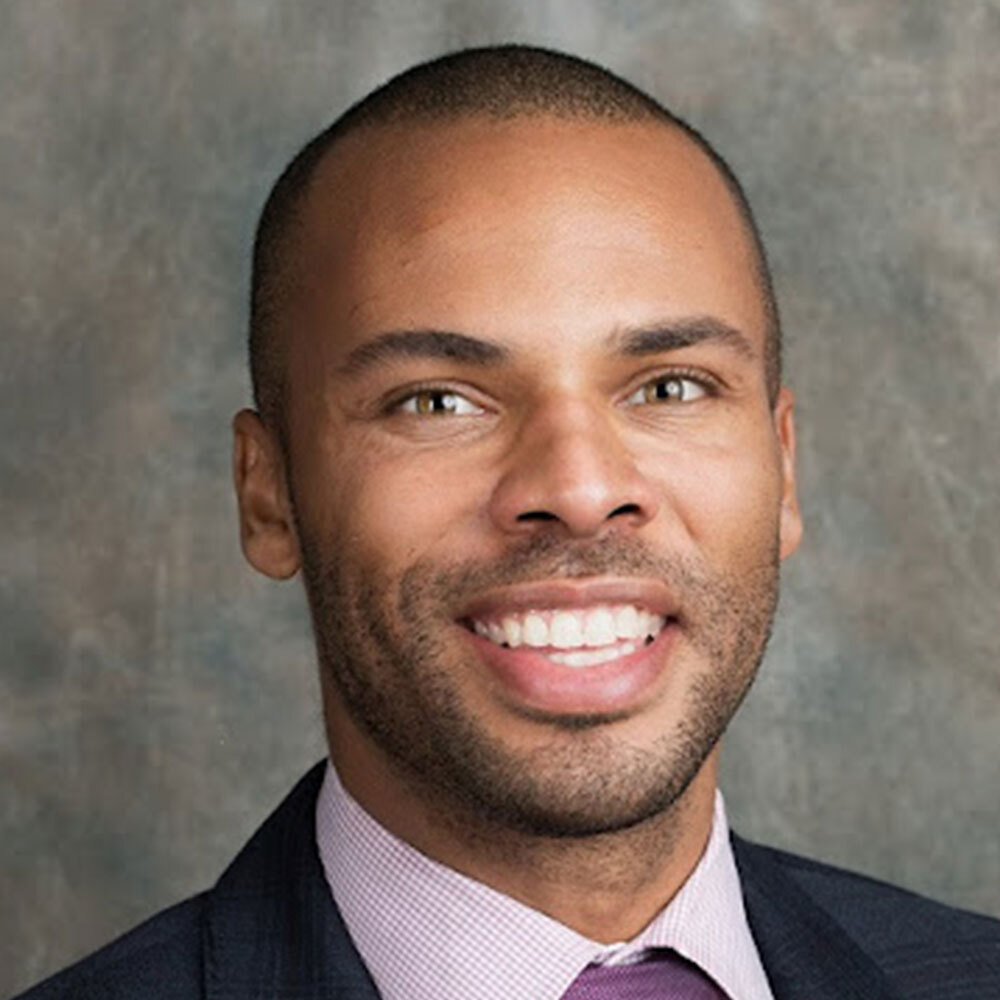 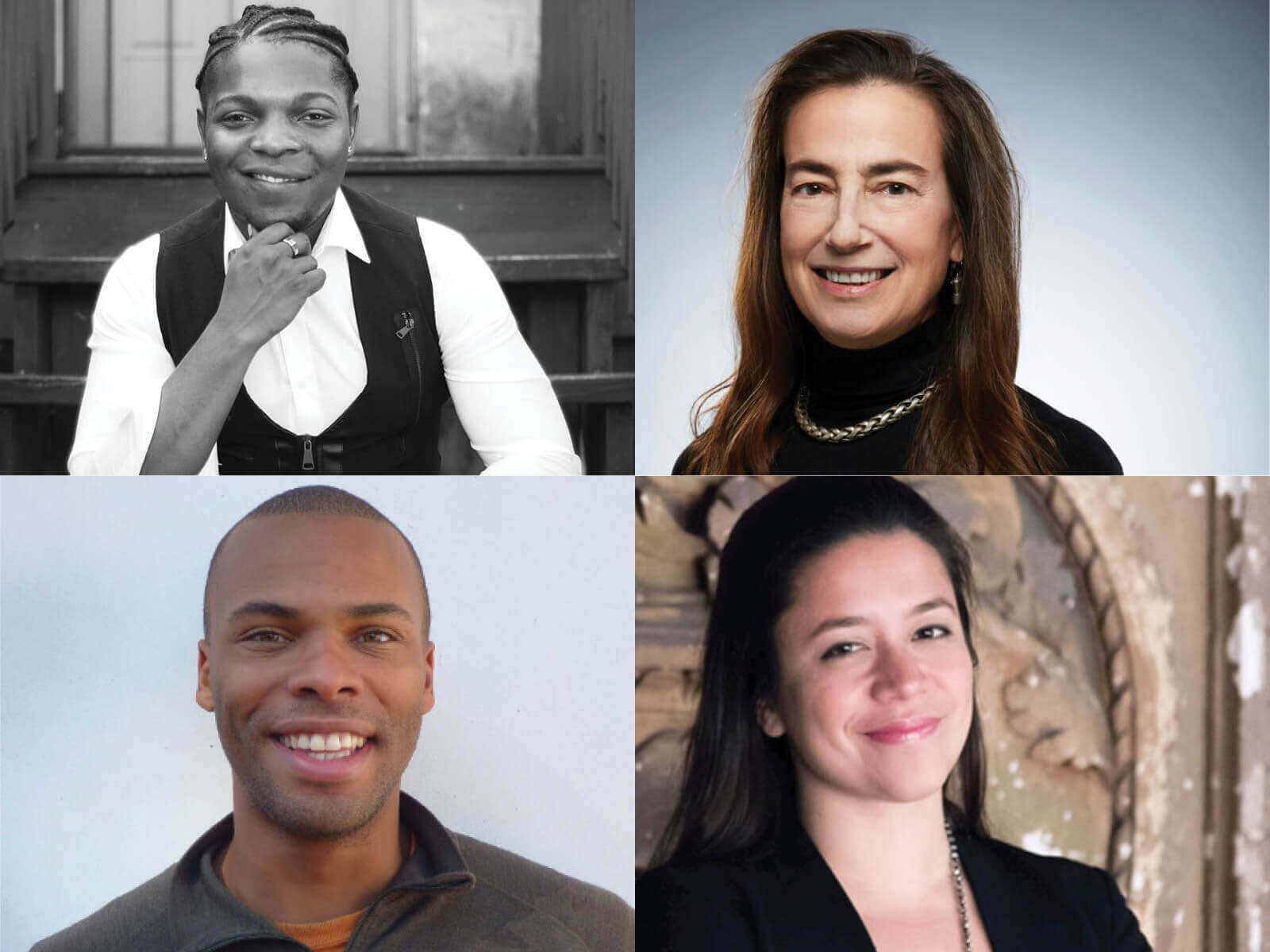 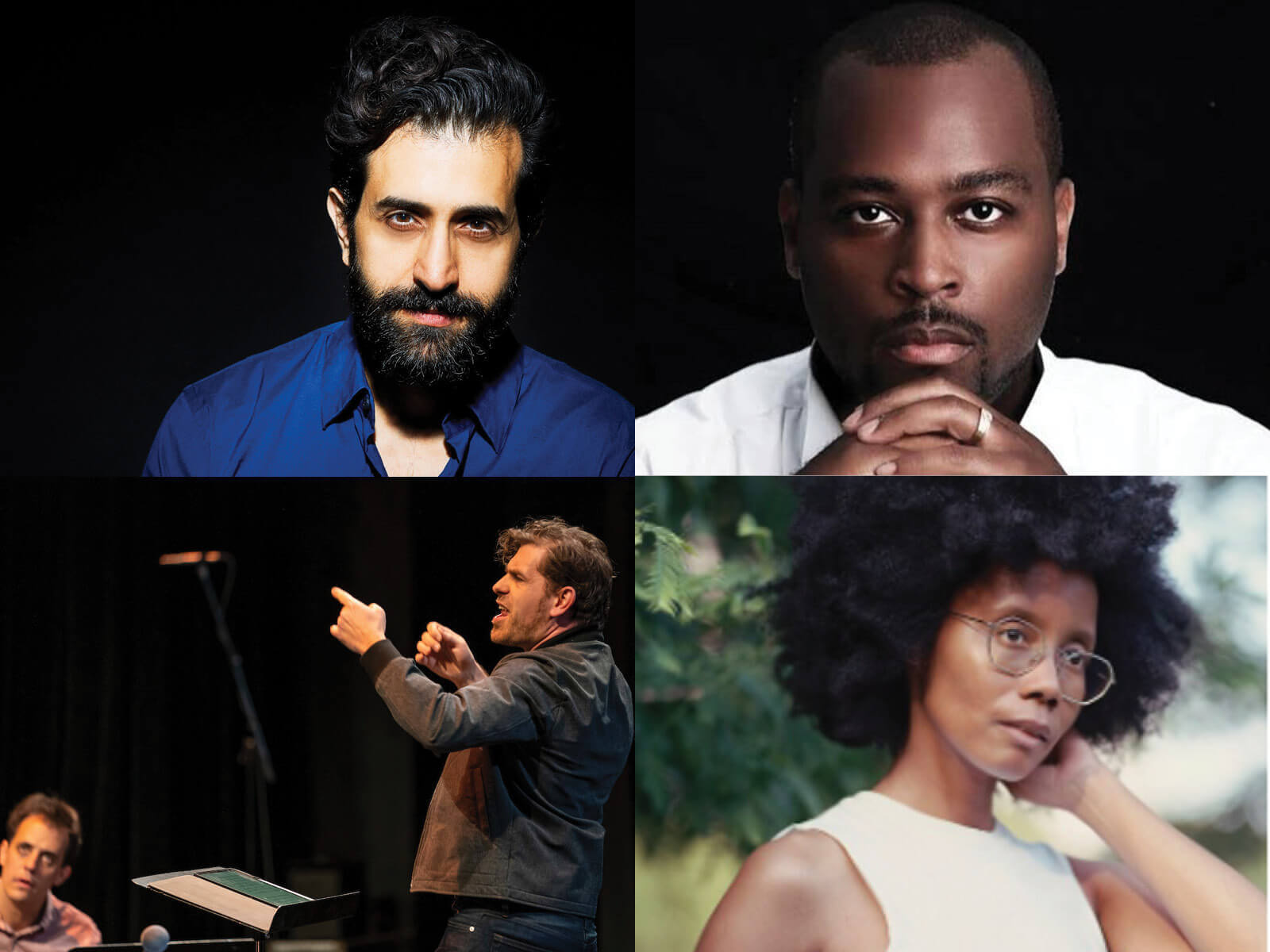 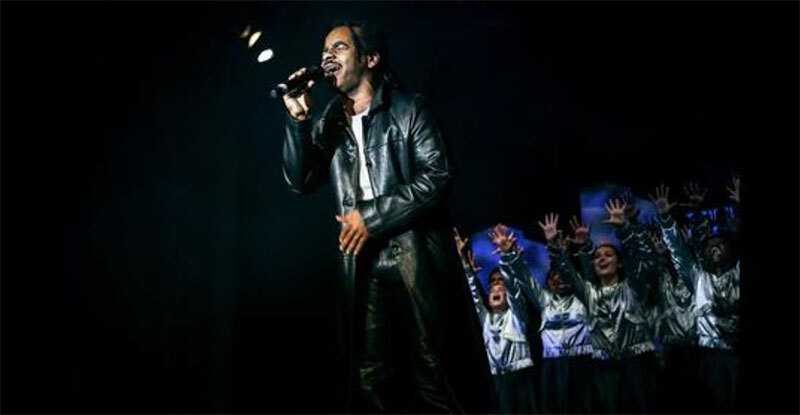 Alumni from throughout the history of Chicago Children's Choir gathered on August 18, 2018 at the Reva and David Logan Center for the Arts in Chicago for a celebratory Alumni Concert. 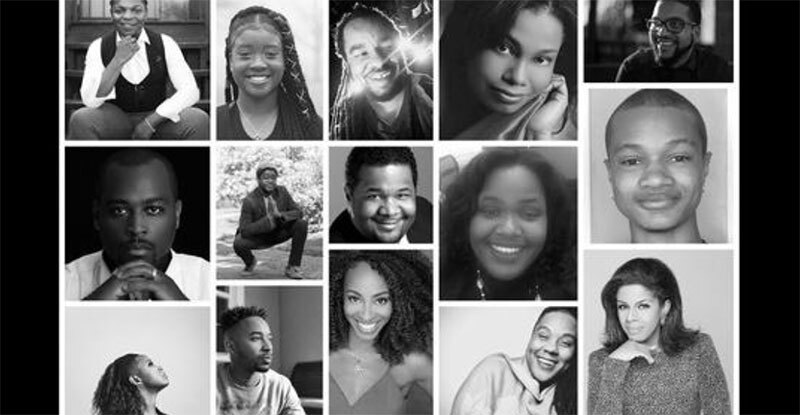 Black Voices Honoring Juneteenth in a Time of Struggle