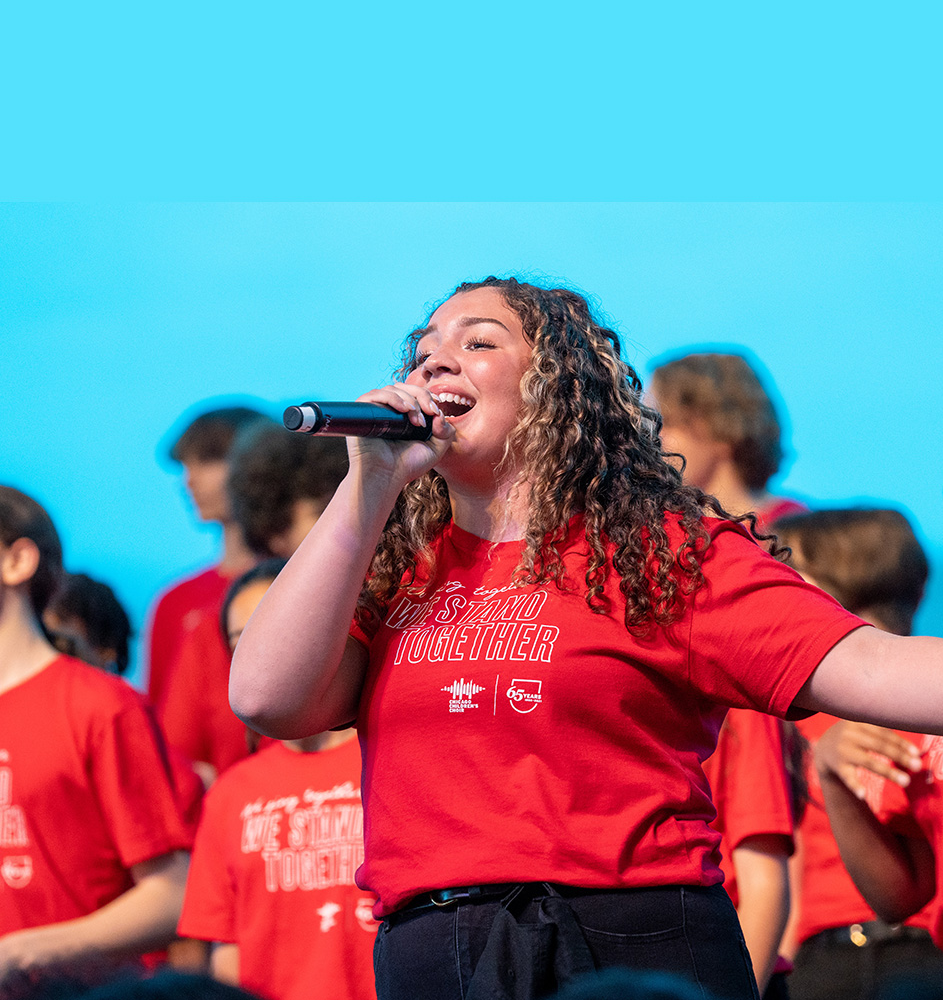 As a cornerstone of our commitment to artistic excellence, Uniting Voices Chicago has performed with renowned artists, composers, and institutions, from Yo-Yo Ma and Chance the Rapper to Ravinia Festival and Chicago Symphony Orchestra.

These unparalleled performances prepare our students to play a leading role on the global stage. The experiences make an indelible impression on singers, instilling in them the belief that they can truly achieve anything and that opportunities for their success are abundant. Not to mention, they show them—at the highest level—the truly transformative power of music to inspire and change lives.

The highlights below offer a look at just some of the incredible opportunities afforded to Chicago youth through Uniting Voices Chicago’s one-of-a-kind programming. 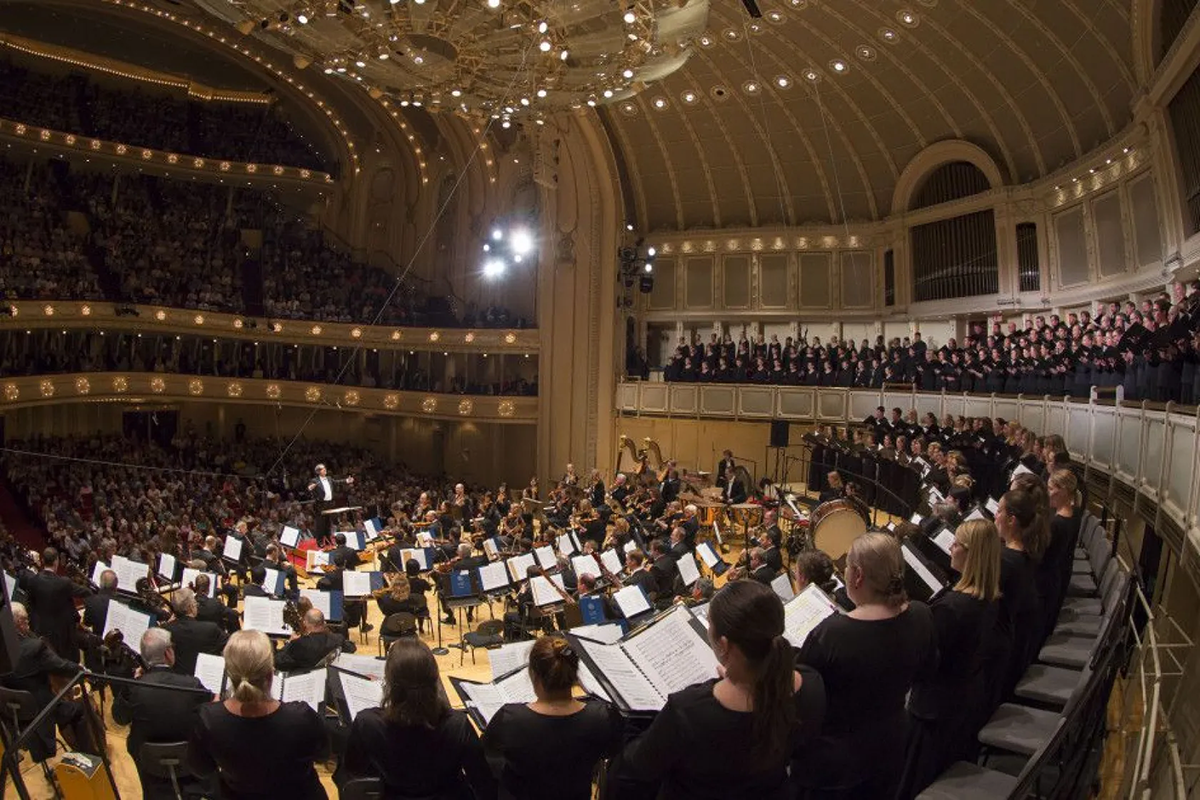 “The human voice is the most beautiful instrument and choral singing is a wonderful way to unite a community and give voice to people of all ages and race. Josephine Lee is passionate about working with voices and, through Uniting Voices of Chicago, is providing a great contribution to improve the cultural level of the children in this country.”

King Roger, a grand Polish opera, was our first ever collaboration with Chicago Opera Theater. The production featured a choir of more than a hundred singers on stage, including several members of the Lincoln Park/DePaul Neighborhood Choir. Fiddler on the Roof with Lyric Opera

One of four collaborations with Lyric Opera taking place during the 2022-23 season, Uniting Voices Chicago singers performed in a Fiddler like no other. The production was critically acclaimed and both grand in scale and intimate in its power to bring you directly to the heart of the village of Anatevka. 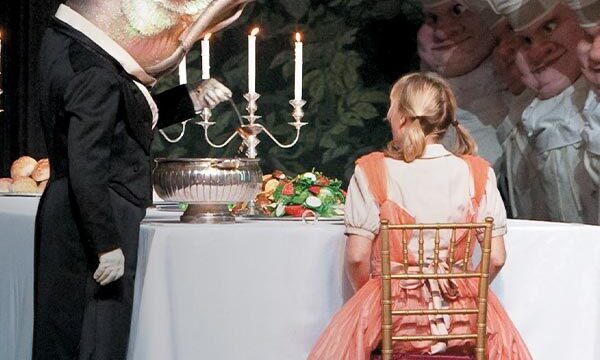 A rivetingly modern, astonishingly inventive view of the Brothers Grimm's fairytale features an eye-popping production packed with musical gems that make it a wonderful introduction to opera for audiences of all ages. The Lyric Opera's production will feature Uniting Voices Chicago singers. 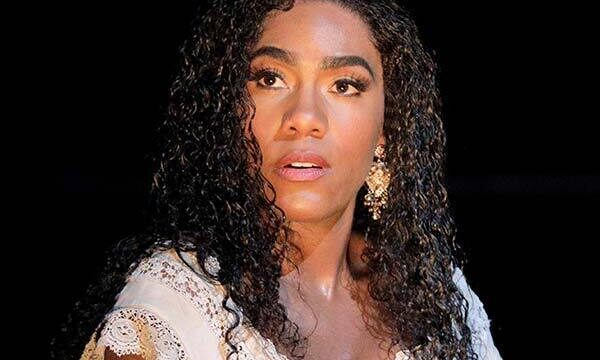 This electrifying production by the Lyric Opera of one of the most classic operas will feature Uniting Voices Chicago singers alongside international star J'Nai Bridges in the title role. 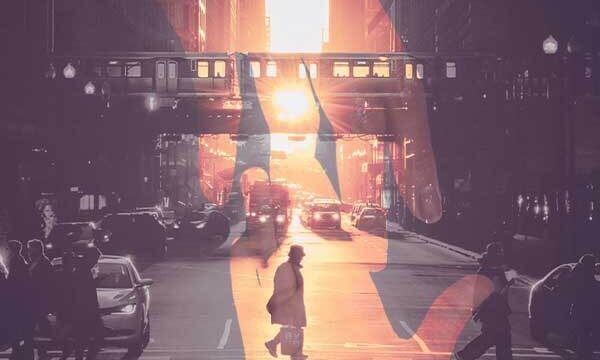 This new Lyric commission will feature Uniting Voices Chicago singers in one of the most widely heralded musical events of 2022-23. A gripping and powerful trio of works, Proximity uses music to confront some of the greatest challenges affecting our society, bringing to life one of Uniting Voices Chicago’s core beliefs

Kaddish at Ravinia Festival with CSO

As part of our long-standing collaborative relationship with Ravinia Festival, Uniting Voices Chicago and Chicago Symphony Chorus combined with Marin Alsop and the Chicago Symphony Orchestra to perform Leonard Bernstein’s Kaddish Symphony, where women’s voices are the tether to the highest powers, examining the essential, eternal questions of humanity and faith. 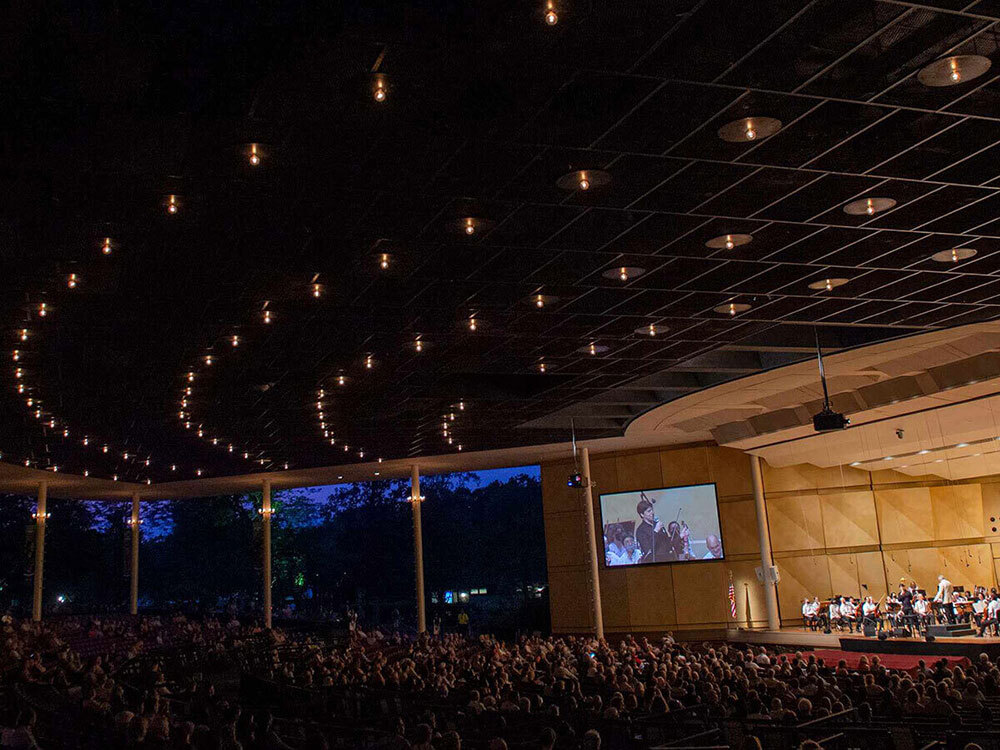 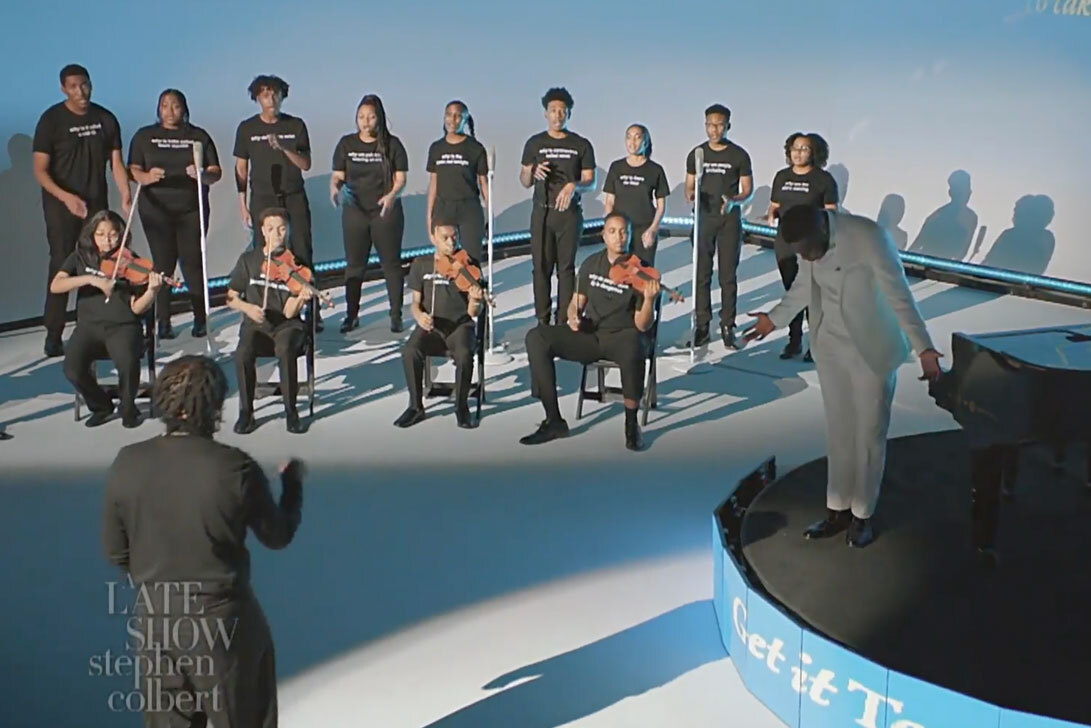 “Together” with Peter CottonTale

“It takes a village to live on this spinning rock we call home.” In this unique collaboration with Peter CottonTale originally composed for Google’s annual Year In Search video, Uniting Voices Chicago provides a foundation for CottonTale’s message of hope through adversity and the power we yield when united. Speaking to Uniting Voices Chicago’s core belief in the transformative power of music as a unifying force, this piece (ultimately adapted into a music video featured on The Late Show with Stephen Colbert for Inauguration Day 2021 alongside Chance the Rapper, Cynthia Erivo and Kofi Lost) memorializes the challenges of 2020 while reminding listeners that we can overcome any obstacle when we push forward collectively.

Natalie Bergman “Talk to the Lord”

This original composition by Natalie Bergman from her album Mercy captures the uplifting spirit that has guided the choir’s ethos of tenacity, perseverance and integrity for more than six decades. The ethereal video—which debuted on GRAMMY.com’s “Positive Vibes Only” series—was filmed at Metro, the iconic venue founded by Uniting Voices Chicago board member Joe Shanahan.

Watch "Talk to the Lord" 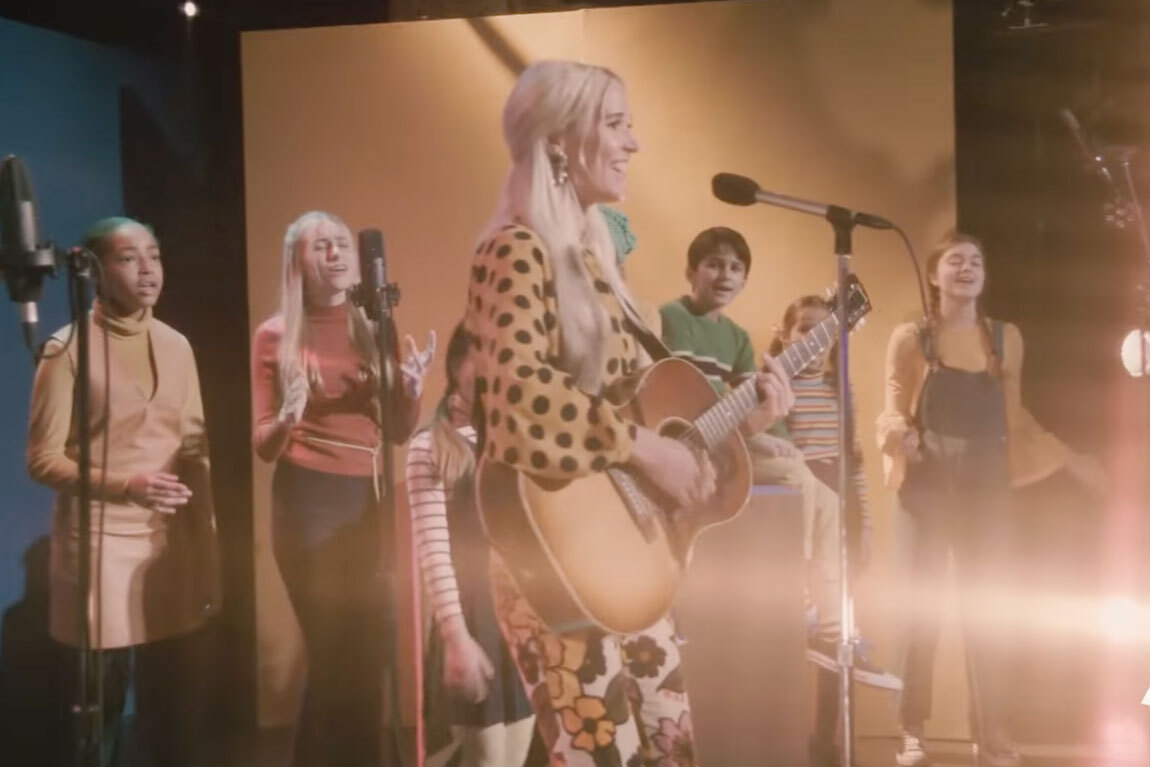 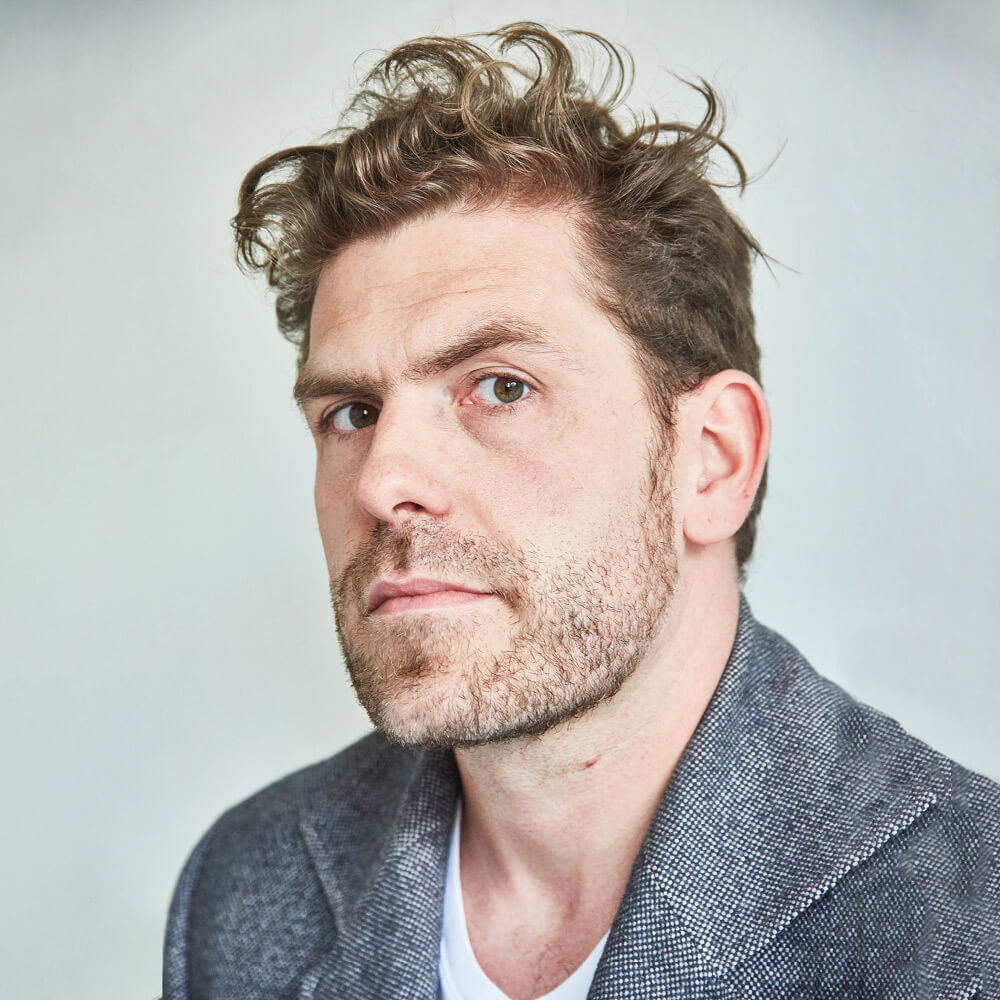 “Because the choir is such an immersive program, with many rehearsals and tours, it almost started to feel like an activist organization. The mission of integration and diversity, the principles that the choir was founded on in 1956, that mission was playing out in my life. For me, it became fused with the very concept of being a musician and artist. Creating a more just world was why I wanted to be an artist. I think I learned that from the choir.” – Ted Hearne

Collaborations with Chance the Rapper 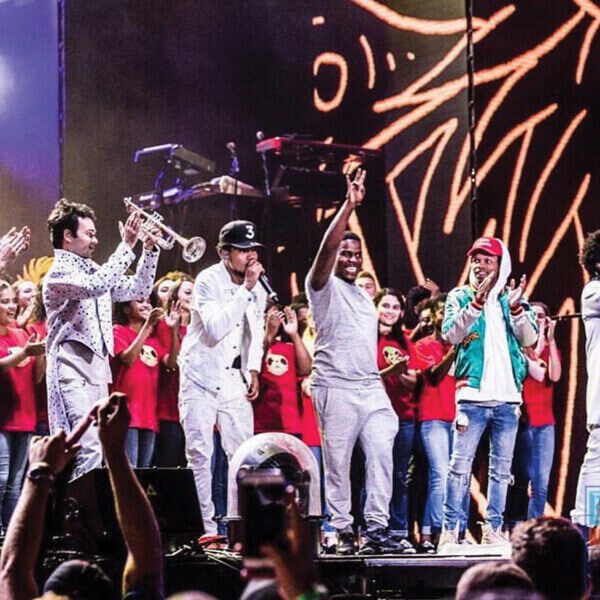 Anchored in a stage-stealing feature on the opening track of Chance the Rapper’s Grammy Award-winning mixtape Coloring Book, Uniting Voices Chicago puts into practice its commitment to celebrating all kinds of music while embracing evolution as a way to remain relevant in the lives of young people. This one-of-a-kind collaboration with Chance builds on our legacy of world-renowned musical excellence and reinventing people’s perception of choral music. 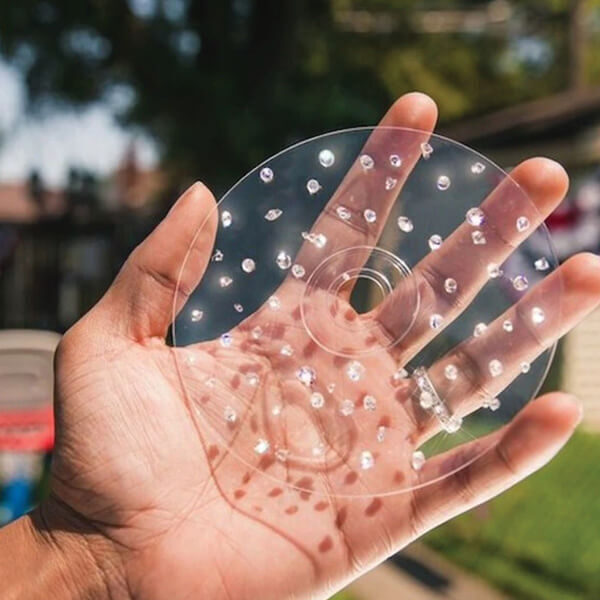 Returning to the studio with Chance the Rapper for his debut album The Big Day, Uniting Voices Chicago added its acclaimed voice to the album’s closing track, “Zanies and Fools.” 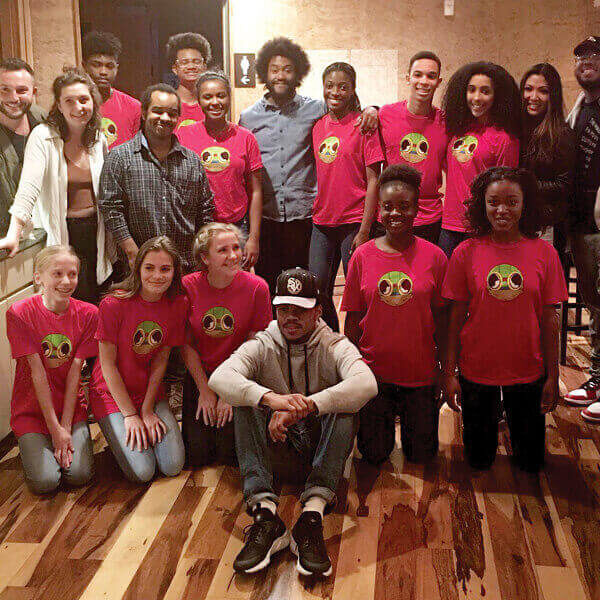 Uniting Voices Chicago alumni joined Grammy-award winner Chance the Rapper for this original holiday special, "Chi-Town Christmas," adding a powerful foundation of soul for which we have come to be known. Carmina Burana at the CSO

Carl Orff’s choral celebration of love and youth is as iconic as ever. This upcoming production by the Chicago Symphony Orchestra will feature singers from Uniting Voices Chicago. 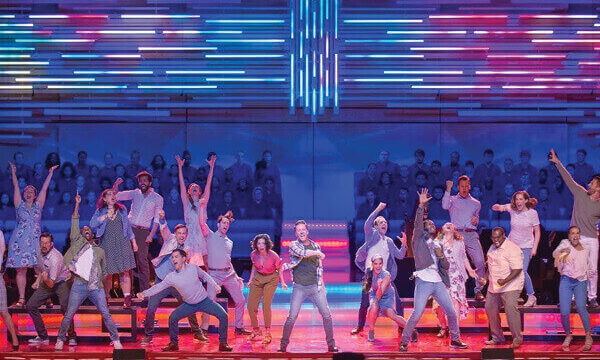 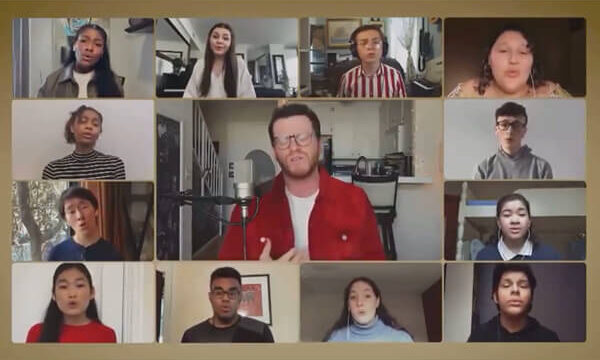 “This City” with Sam Fischer

Overcoming the challenges of performing during the COVID-19 pandemic and embracing the opportunities of new formats, members of Uniting Voices Chicago’s premier ensemble Voice of Chicago collaborated with Sam Fischer on this trailblazing virtual arrangement of “This City,” which was featured on The Late Show with James Corden. 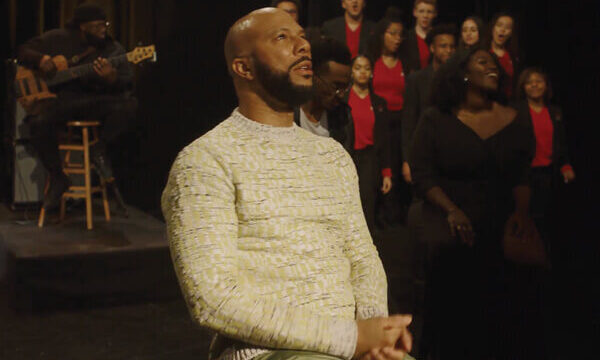 “God Is Love” by Common

This new track by Common embraces the fortifying spirit of music, a spirit that is foundational to Uniting Voices Chicago’s success. Produced by Common’s youth-empowerment foundation, Common Ground, the video for this song features Uniting Voices Chicago singers alongside other Chicago artists, exemplifying the collaborative potential of music as a way to uplift.