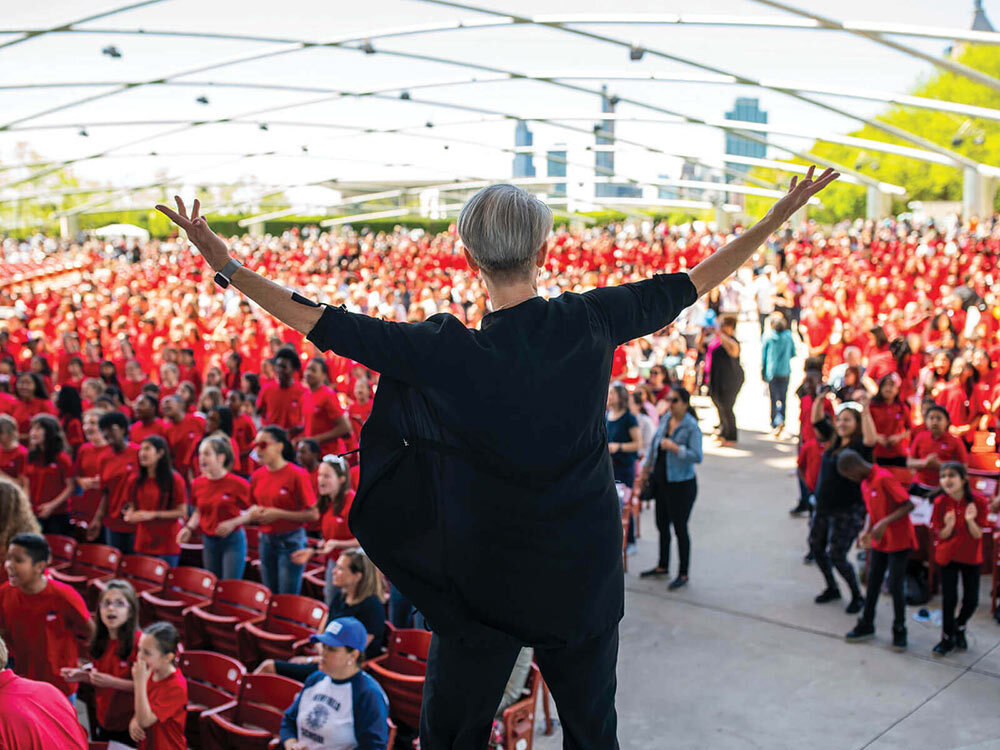 We're always looking for exceptional and dedicated people to join our team.

For more than 60 years, Chicago Children’s Choir (CCC) has worked to inspire, unite and change the lives of youth through music.

What began as a small choir in Hyde Park born in the midst of the Civil Rights Movement to foster racial understanding has since grown into a nonprofit with an international footprint that is Chicago’s premier arts education and performing organization. CCC serves every corner of Chicago through a vast network of 140 choirs whose singers bridge cultural and economic divides to become ambassadors for peace.

Interested candidates should send a resume and cover letter to jobs [at] ccchoir [dot] org, with the job title in the subject line. No phone calls, please.

Sincerely, we’re a family. We get it done while having fun. At CCC, we’re all working toward a colorful, peaceful, equitable future—and that feels good. We share a passion for music and the vast potential of young people.

In addition to work you can believe in, CCC offers the following perks: 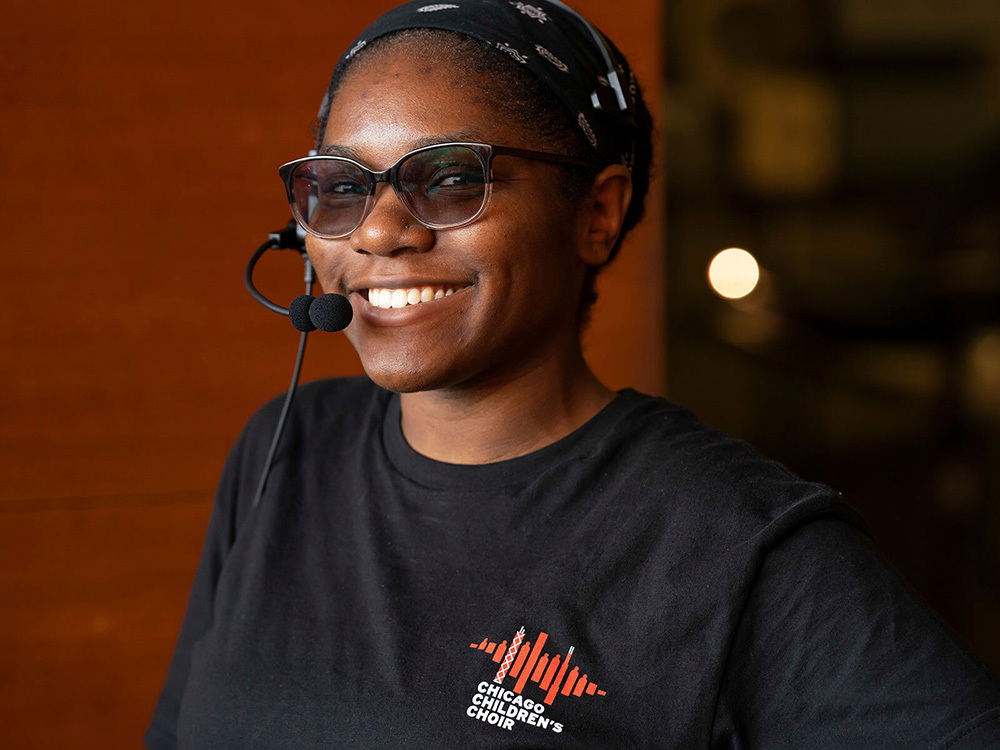 In a traditional year, CCC provides transformative programs through partnerships with over 90 schools, 11 community-based after-school music programs, Dimension, an ensemble for singers with changing or changed voices, and the world-renowned Voice of Chicago choir. As a national and international touring ensemble, CCC has performed for dignitaries such as former President Barack Obama, Nelson Mandela and former Chinese President Hu Jintao and with artists such as Chance the Rapper, Yo-Yo Ma, Andrea Bocelli, Beyoncé, and Celine Dion.

Over the past year, CCC has thrived, creating high quality online programs and virtual content that brings hope and light to audiences across the globe.

CCC is a civic treasure and model for urban music education with more than 75% of youth able to access its programming free of charge.

We know that many of your most character-building experiences — where resilience, grit and grace were required to persevere — do not show up neatly on a resume. So, we want to hear some of those “OTR” (“off the resume”) moments for you. In order to be on the CCC team, EQ (Emotional Intelligence) is not a nice-to-have…it’s a must. So, show us your EQ.

We know research tells us that while men apply to jobs when they meet an average of 60% of the criteria, women and people of color tend to only apply when they feel they’ve checked every single box. If you are unsure that you’ve checked every box above, but you think you have what it takes to enhance the CCC as we grow our team, we want to hear from you.

Chicago Children’s Choir is an equal opportunity employer that actively pursues candidates of diverse backgrounds and experiences. We are committed to providing diversity, equity, and inclusion training to all employees, and we do not discriminate on the basis of race, color, religion, ethnicity, nationality or national origin, sex, sexual orientation, gender, gender identity or expression, pregnancy status, marital status, age, medical condition, disability, or veteran status in admission or access to, or employment in, its programs and activities.

Manager of Systems and Analytics

The Manager of Systems and Analytics helps synthesize the power of the Chicago Children’s Choir experience and nurture our community of singers, families, school partners, artistic collaborators and donors through a holistic information source. This person will be the lead project manager for the implementation and maintenance of a unified customer relationship management tool (Salesforce) and an internal champion for the benefits of thoughtful use of data. This individual collaborates with CCC Faculty to assess learning and growth of our program participants and share insights with singers, their families, educational partners and funders. The Manager of Systems and Analytics will report to the Executive Vice President and work closely with all departments: Development, Marketing, Finance, Programs, Faculty.

Program Assistants for CCC serve a vital role as part of our program team. They have the unique opportunity to work with singers in Neighborhood Choir Programs throughout the city of Chicago, inclusive of families from a wide variety of racial, ethnic and socioeconomic backgrounds.