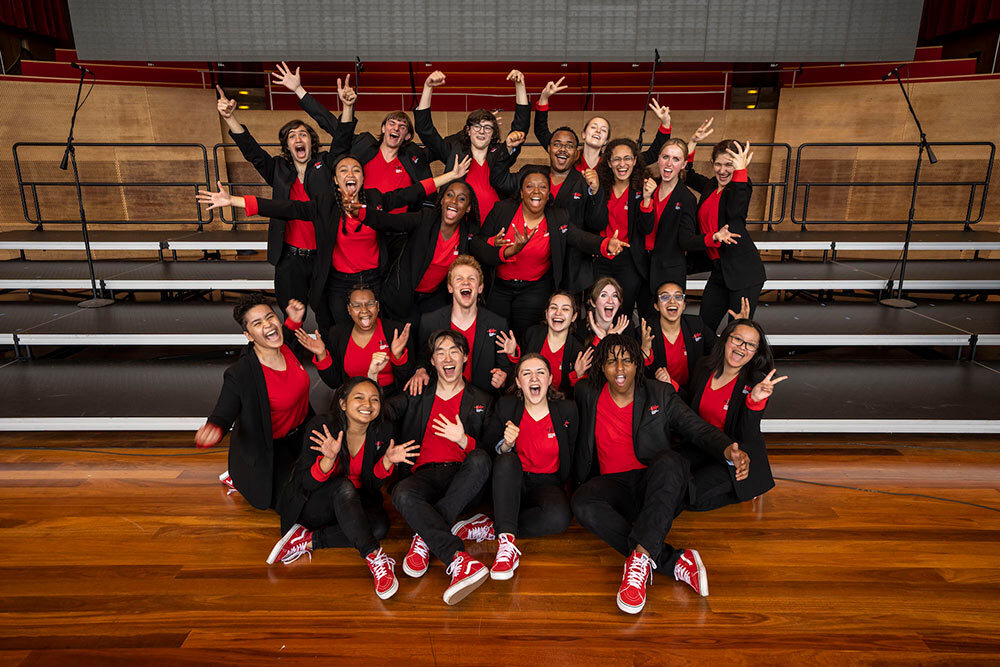 Raise your voice to the next level.

For 65 years, our world-class instruction has infused the lives of more than 50,000 students with a timeless commitment to the virtues of education, expression and excellence. These programs empower singers at the community and citywide level to expand their horizons and embrace a leading role on the world stage through new music, new friends and a new-found sense of confidence. 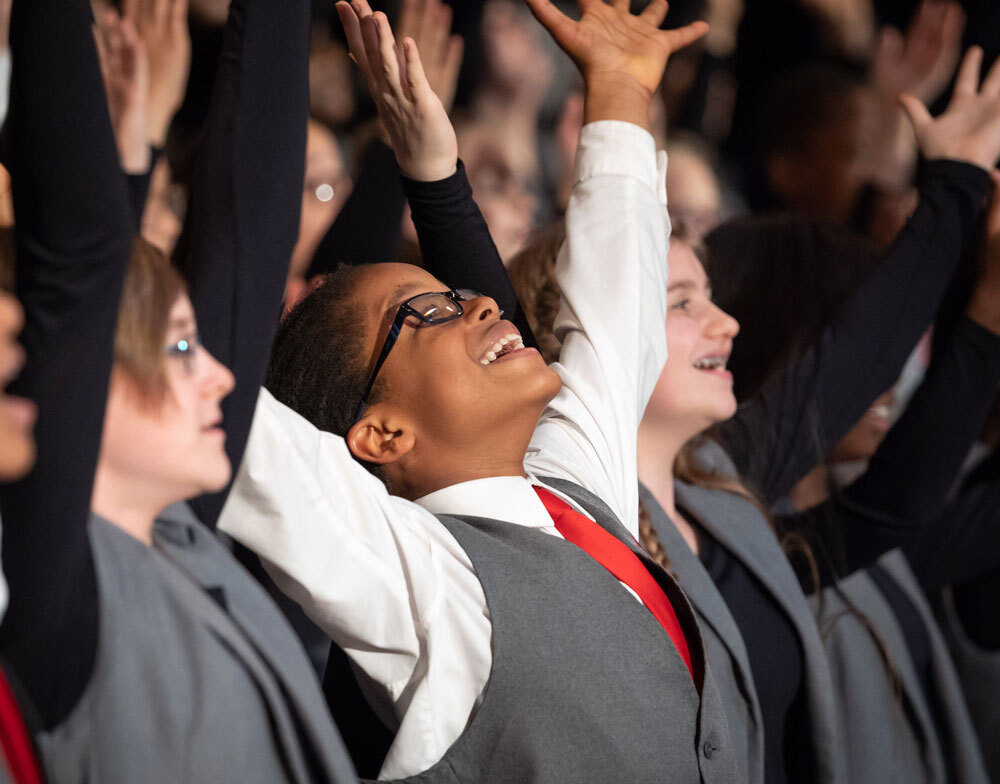 Our Neighborhood Choir program gives singers in 12 communities across Chicago the opportunity to bond over a shared experience. These community-based, after-school programs provide culturally responsive musical instruction to students ages 8-18 at the beginner, intermediate and advanced levels, empowering them to embrace their role as creative spirits and active ambassadors for their communities.

Dimension is a unique ensemble for singers age 12 and up who are beginning the vocal transition into their tenor and baritone range. This ensemble offers many performance opportunities independently and with other Uniting Voices Chicago programs. Singers learn to understand their own voices through ensemble singing, vocal technique, solo opportunities, music theory and sight-reading. Training and repertoire are specifically designed for this age and developmental level, including diverse styles and a special emphasis on musicality, movement and expression. 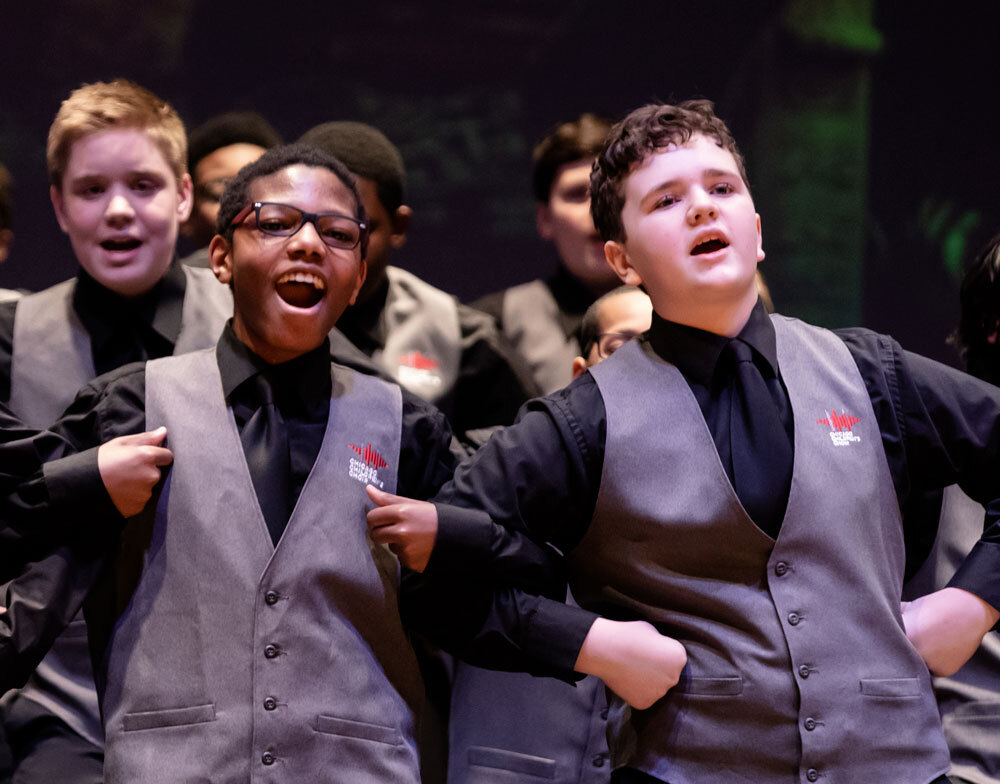 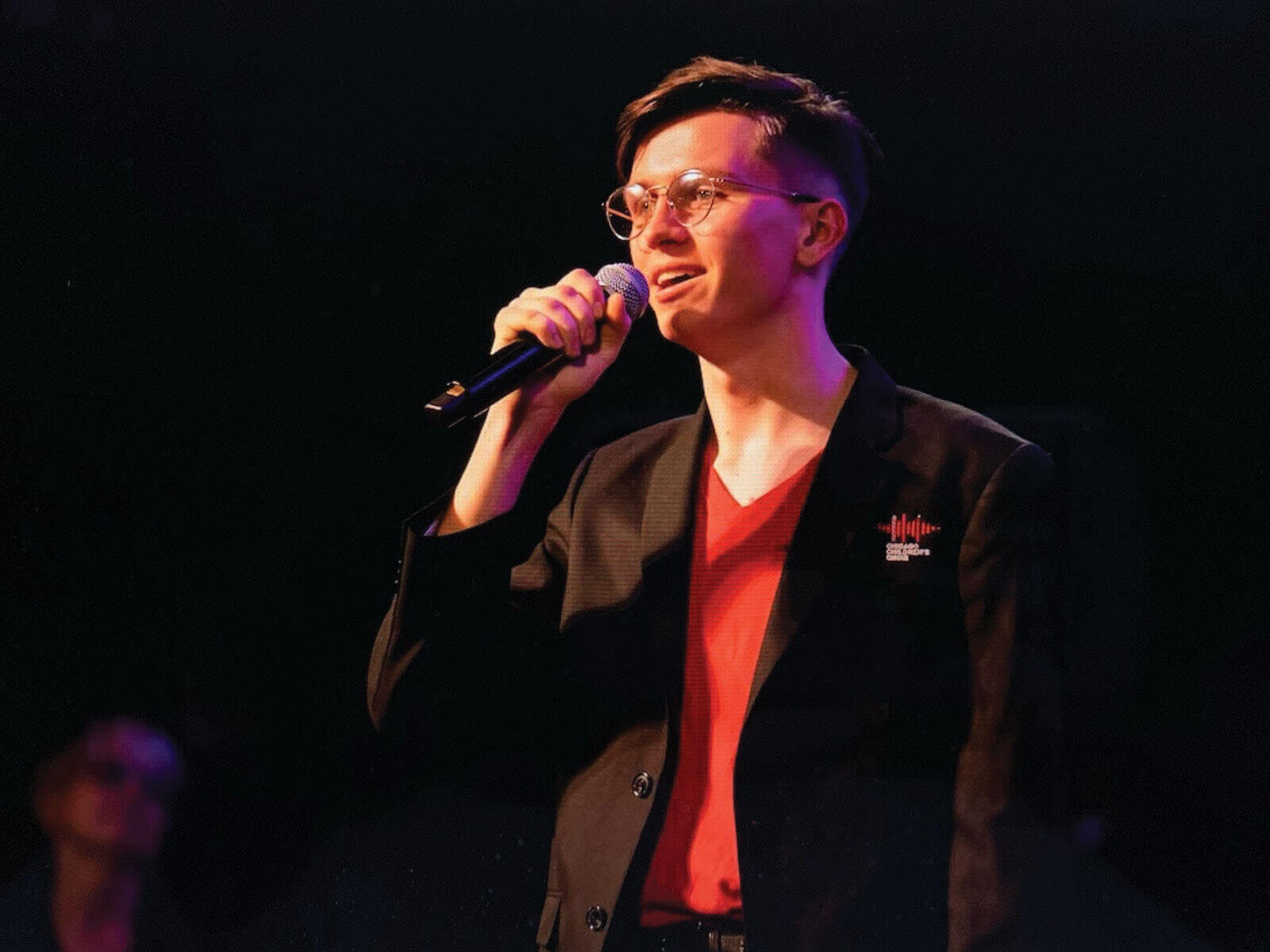 Nowhere else have I had access to a diverse and multicultural family. Nowhere else have I breathed in unison with the brothers, sisters, family around me and tried to feel their joy, their pain, and their lives as they are carried to my ears by the most inspiring and empowering music. 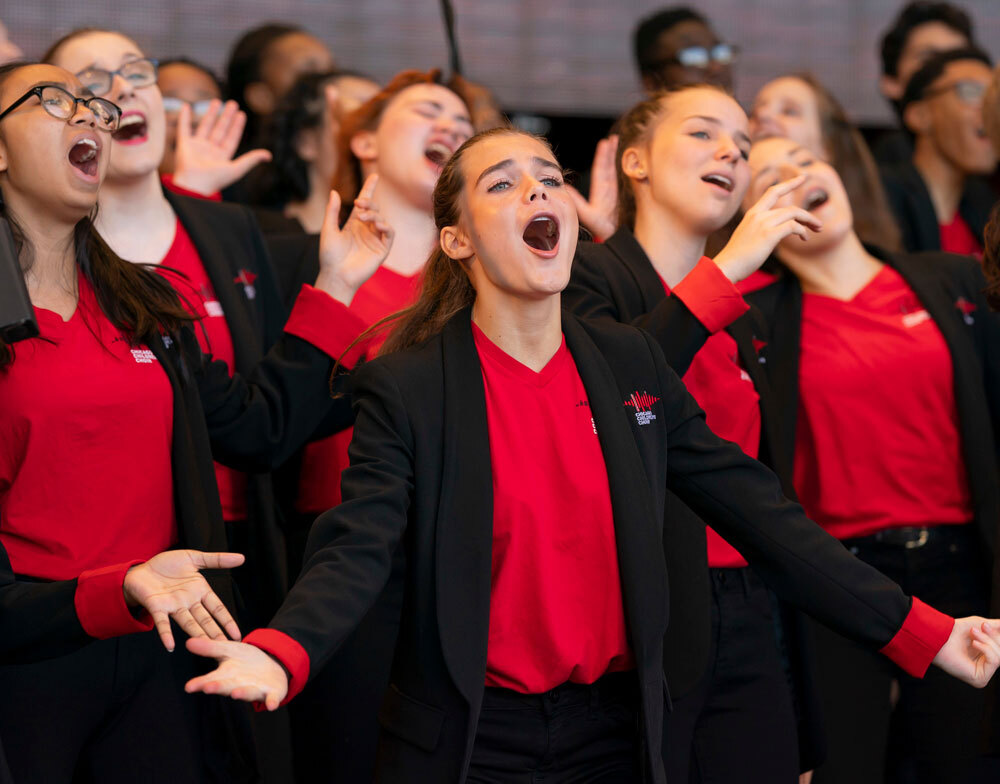 Accessibility is at the heart of everything we do. That’s why every one of our students receives tuition on a sliding scale, with rates as low as just 50 cents per instruction hour.