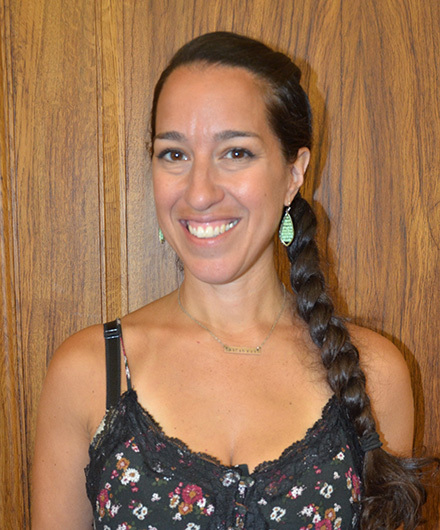 Amanda is a proud native Chicagoan who grew up on the north side in the Mayfair neighborhood. She began her music career at a young age, starting with violin at age 7 followed quickly by piano. She received a Bachelor of Arts in Music from Augustana College in Rock Island, IL and went on to receive her Masters in Music Education from VanderCook College of Music in Chicago’s Bridgeport neighborhood.

Amanda began her work as a music educator in grad school, teaching private voice lessons for the VanderCook Community Music Program to students of all ages. In 2009, she joined the teaching staff at Merit School of Music where she has taught group piano and choir to children age 5-18, and several years of Merit’s Summer Voice Camp, leading musical theatre and pop music classes. In 2011, she was fortunate to also become part of the wonderful choral family at Chicago Children’s Choir, as a part-time conductor for the In-School Program, grades 3-8.

In addition to teaching, Amanda maintains a rigorous performance career. Between 2000 and 2005 she performed extensively in Chicago’s storefront musical theatre scene, and participated in three USO tours, singing and dancing for overseas troops throughout the Mediterranean. In 2006, Amanda became the female vocalist with the Alan Gresik Swing Shift Orchestra, a 14-piece big band with whom she performs weekly at Chicago’s famous jazz club, The Green Mill Lounge. Amanda also joined Chicago swing band, the Flat Cats, as lead vocalist in 2008, performing biweekly at downtown Chicago’s Drake Hotel. With both these groups and a host of others she has appeared at countless events and venues, including the Taste of Chicago, Chicago SummerDance, Chicago Humanities Fest, WGN TV & WGN Radio, Andy’s Jazz Club, the Jazz Showcase, and Lincoln Center’s Midsummer Night Swing in NY.

Outside of music, Amanda has a love of cooking, nature, and yoga. She received her Yoga Teacher certification in 2015 from Kripalu Center for Yoga & Health in Stockbridge, MA, which also led her to the study of kirtan, a musical tradition based on ancient chants, having roots in India. She has taught yoga to both adults and within school programs, and loves incorporating pranayama (yogic breathing) into her choir rehearsals. She is so happy and eternally grateful that she gets to share her greatest passions with the next generations of young people throughout this amazing city.