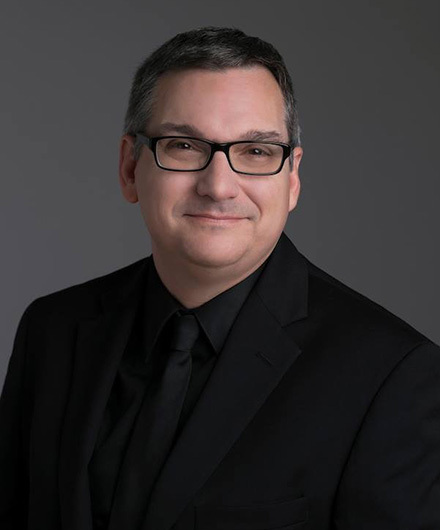 A native of Birmingham, Alabama, John Goodwin holds degrees in piano performance from Birmingham-Southern College and Northwestern University. He has been a featured soloist with the Alabama, Shreveport, Beloit-Janesville, and Chicago Youth Symphony Orchestras, as well as the Chicagoland Pops Orchestra, and the Northbrook and Park Ridge Civic Orchestras. Mr. Goodwin was a featured performer in five productions of the widely acclaimed multimedia series Beyond the Score with the Chicago Symphony Orchestra. A versatile artist, interested in all aspects of piano playing, he has performed with such diverse artists as William Warfield, Joshua Bell, Kurt Elling, and Bobby McFerrin. Mr. Goodwin can regularly be heard in performance both as soloist and collaborator throughout Chicago and beyond, and has performed in such prestigious venues as Orchestra Hall (on piano, fortepiano, and organ!), Preston Bradley Hall, Ganz Hall, The Ravinia Festival, The Kennedy Center, and Carnegie Hall, as well as the great concert halls of South America, Europe and Asia. On most weeknights, Mr. Goodwin can be heard on public radio stations across the country playing the opening theme music for Bill McGlaughlin’s popular program Exploring Music.

Mr. Goodwin was a collaborative pianist for the Steans Institute Program for Singers at the Ravinia Festival, exploring the art of the Art Song with world-renowned singers and pianists. He was on the faculty of Northwestern University, coaching and performing a wide variety of choral, instrumental and vocal repertoire with students and faculty alike. He has also been a featured performer at the national conventions of the American Choral Directors’ Association, Chorus America, the International Double Reed Society, and the National Flute Association, where he collaborated on the world premiere of Jean Francaix's Flute Sonata. Mr. Goodwin is currently a pianist for the Chicago Symphony Chorus, Principal Pianist/Conductor in Residence of the Chicago Children’s Choir, and pianist for the Roosevelt University Conservatory Chorus.

In 2016, he appeared with the Northbrook Symphony, conducted by Lawrence Rapchak, performing the world live premiere of the Christmas Piano Concertos of George Greeley, the great Hollywood pianist/ composer/arranger of the 1950s and 60s — a concert that was repeated in 2018 by overwhelmingly popular demand. His most recent solo recital in April 2019 featured piano works by composers who blurred the line between Classical, Popular, and Jazz styles, and in November 2019, he performed an all-Beethoven concert, featuring the Moonlight Sonata, the Clarinet Trio, and the Choral Fantasy. Throughout 2020 he taught Music History and Theory virtually for the Chicago Children’s Choir, and in June 2021 was thrilled to perform for live audiences again at the Midsummer’s Music Chamber Music Festival in Door County, Wisconsin. Begun during lockdown, Mr. Goodwin continues to record a wide variety of music from home, from Bach’s complete Well-Tempered Clavier, to original compositions for piano, all of which will soon be available on all streaming platforms.