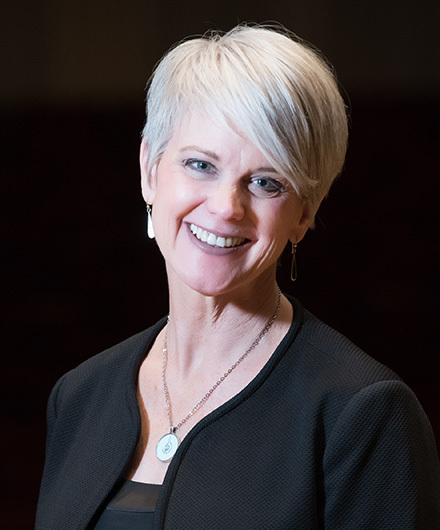 In her 21st year on staff with Chicago Children’s Choir, Judy Hanson collaborates with the Artistic Director to create the artistic vision for the overall organization and co-direct the world-renowned Voice of Chicago. She serves as stage director and one of the choreographers, and co-directs select ensembles within this group including Encore Groove, which she developed to perform more difficult choreography. In 2006, Ms. Hanson received a Jeff Award nomination (Choral Choreography) for Chicago Children’s Choir’s original world musical, Sita Ram. In addition to her work with Voice of Chicago and the organization’s artistic initiatives, Ms. Hanson works her magic with all 5,200 singers in special CCC events such as the Black History Month Concert Series and Paint the Town Red.

With over 30 years of experience working with middle school singers, Ms. Hanson is a master teacher at this level. At CCC, she formulated the model for the young male ensemble Dimension, which is a group that specifically guides singers with voices changing to the lower register. Under her leadership, this choir has grown to over 50 members. Due to Ms. Hanson’s expertise in this area, she has presented many sessions at colleges and universities on the topic of middle school choral music.

A nationally known clinician, adjudicator and conductor, Ms. Hanson has conducted middle school and high school honor choirs throughout the United States at American Choral Directors Association (ACDA) individual chapters and division conventions, choral festivals and at Illinois Summer Youth Music (ISYM). She has judged many national show choir competitions and has been a clinician at Show Choir Camps of America for 27 years.

Ms. Hanson holds a Bachelor of Science degree in Music Education from the University of Illinois and a Master of Music degree in Music Education from Northwestern University. In 1993, Ms. Hanson received the Golden Apple Award for Excellence in Teaching—an award given each year to 10 outstanding Chicago area teachers. From 1985 through 2001, Ms. Hanson was the Director of Vocal Music at Eisenhower Junior High School in Darien, IL, where she was the conductor for six choirs and produced eight musicals. Eisenhower choirs performed at the 1996 Illinois ACDA Fall Convention, at Walt Disney World Resort, and were selected on three separate occasions for the Chicago production of Joseph and the Amazing Technicolor Dreamcoat, starring Donny Osmond.